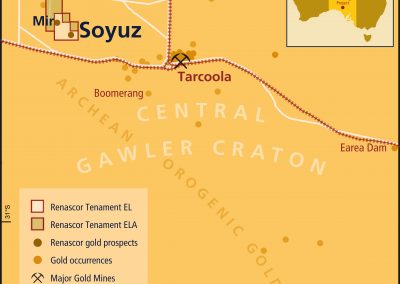 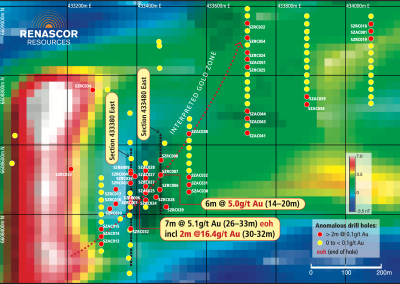 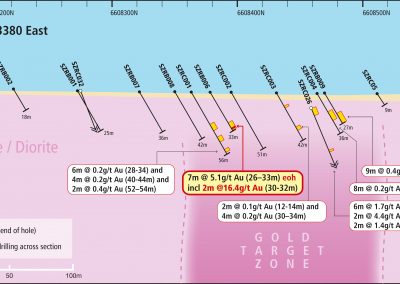 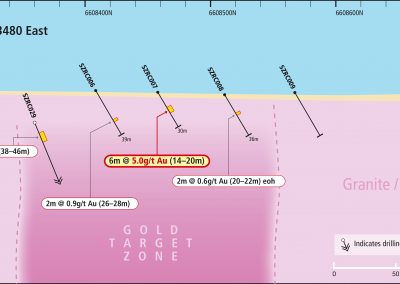 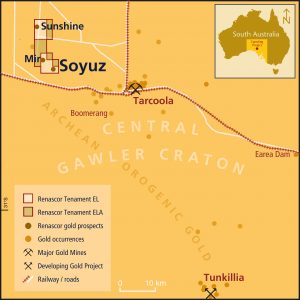 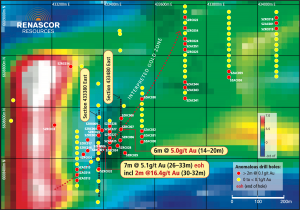 Gold targets identified within the Carnding Project include the Soyuz Prospect, which is defined by coincident magnetic and gravity anomalies and multi-element soil leach sampling has identified multiple geochemical anomalies.

As shown in the cross-section in Figures 3 and 4 below, the anomalous gold intercepts have defined a coherent zone of gold mineralization at shallow depths.

Notwithstanding weathering and oxidation, which may have caused gold leaching or enrichment, the results include several significant and anomalous gold intersections over two cross-sections separated by 100 metres.  The gold target zone remains open both at shallow depth and along-strike.