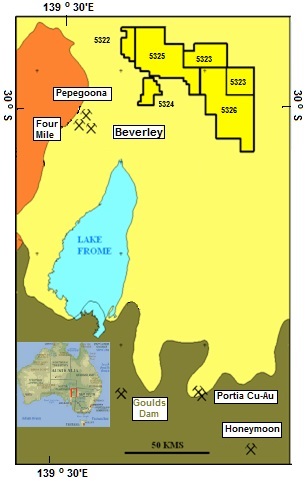 During the reporting period, Renascor completed a comprehensive review of available historical exploration data, including, in particular, existing airborne geophysical data and the limited drill undertaken to date.  From this analysis, Renascor had identified drill ready targets within the block of tenements.  (See Figure 1)

Renascor considers the terminal splays of the Paralana fault system within its project area to offer parallels to the Beverley uranium mine, with strong potential for oxidation of fluids within Tertiary sands.  Limited drilling in this area has intersected reduced zones.  Renascor has identified drill-ready targets within the western portion of the tenements, proximate to the Paralana fault.

Renascor anticipates commencing drill-testing these targets following indications of a recovery in the uranium price.